I hear your call, and this is my submission for EF#14 Weekly Challenge: Favorite Cartoon Character

It’s really exciting to talk about childhood memories of course. When the phrase “favorite cartoon character” came up, I immediately remembered some cool cartoons to watch on Sunday morning. I and my brother used to watch TV together. We were amazed by vibrant storyline, fresh humor, little weird voice acting (as if some characters were played by one voice actor), and most importantly bad-ass characters.

The TV shows in 90s didn’t involve crappy love story, swaggin’, and some other nonsense stuff like these days. Even though most cartoons are nonsense, 90s cartoons had important values to learn. Dominantly about friendship and determination. So at least I was taught something useful.

When I was trying to decide featured character, I had a bit of dilemma. I like kind of strong and dependable character, and also full of compassion. One who grows together with his/her friends. One with real ultimate power without tendency to corrupt. Sometimes being silly but never let his/her friends down. Two candidates crossed into my mind: Songoku and Wargreymon. Later I thought that Songoku was too far away out of my realm. Do you know what it feels like to be the strongest in the universe? That’s hard to imagine. Then I have decided, it is Wargreymon.

Why choose Wargreymon? Before I explain it further, let’s take a look into the cartoon setting. If I recall correctly, it is a character in the first season of Digimon series. Wargreymon is the final evolution of Agumon, owned by Taichi Yagami the lead protagonist. Taichi and his friends were lost in Digimon World. Then each found a Digimon companion. Together, they fought antagonist entity that tried to devour Digimon World into corrupted state. Of course it has happy ending, it’s children show 🙂

The cute Agumon was furious, just like its owner. They learn many things together. The bond gets stronger as they adventured more. Those bond was requirement for Digimon evolution. The stronger bond you have between you and your companion, the further your companion can evolve. 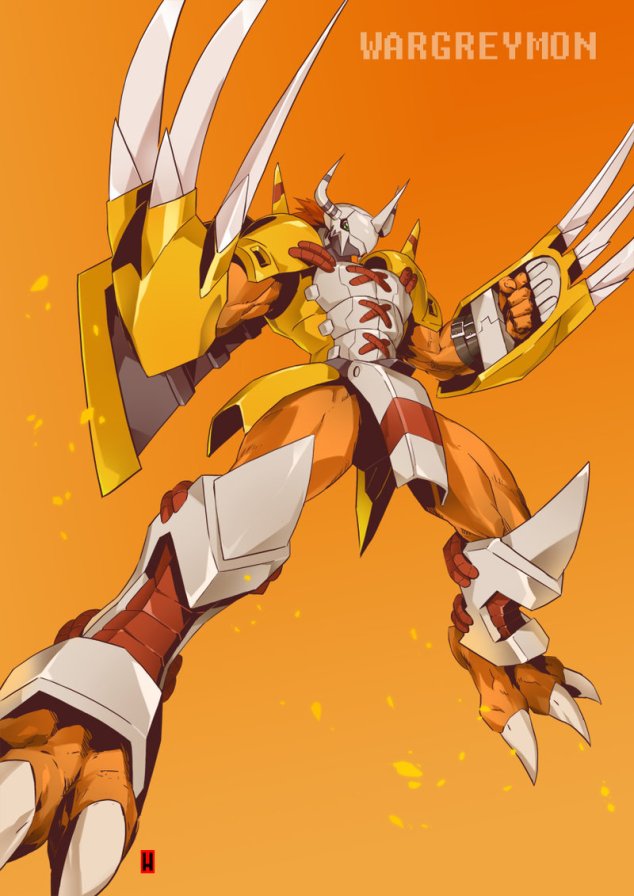 I choose Wargreymon due to several reasons. First, he kick-ass! Even among Digimons on later series, I still prefer Wargreymon as best Digimon ever. Then, as I mentioned earlier, the strength didn’t some from heavens. It’s result of endless struggle to wipe out bad guys. By struggling together, the bonds get stronger. That’s where real power (or success in real life) comes from. Third, such immense power is used to uphold justice and protect his friends. Not many people can do that.

So, that’s lessons I learn from my favorite character. What about you? Please comment below. Thanks 🙂